A kitten pulled through every challenge as an orphan and was raised to be a major hugger. 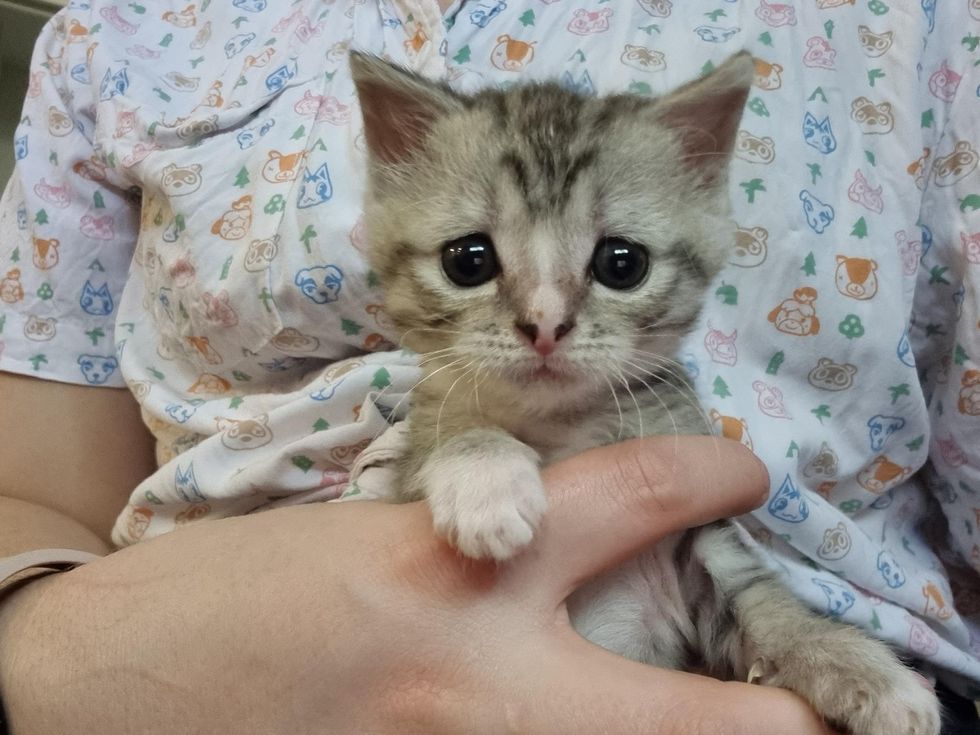 Dixie the kitten was brought into a shelter as an orphan needing a lot of help. Georgia who volunteers for Best Friends Felines, took her in and immediately started critical care on her.

At just one week old, Dixie was frail, weighing only 140 grams, and her eyes hadn’t opened yet. With trouble suckling down the formula, Georgia began tube-feeding her, which breathed life back into that tiny body.

Once Dixie perked up, she used every gram of her strength to eat. Despite needing assistance at mealtime, she kept forging on and showed an incredible will to live. 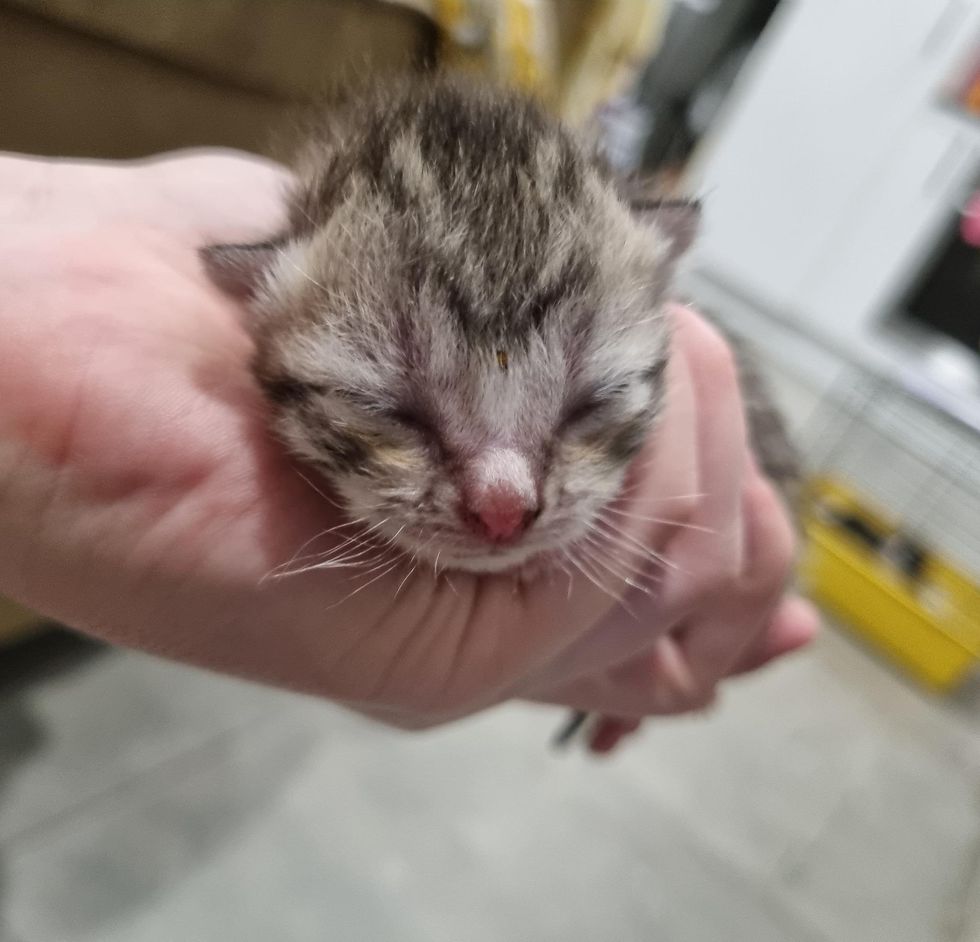 It was touch and go for the first two weeks in foster care, but Dixie never stopped seeking affection as it was her source of strength. She was battling some stomach issues, which are very challenging for a tiny neonate.

After over two weeks of tube-feeding, painstaking care, and a few scares, Dixie turned a corner and was strong enough to eat from a bottle. She stretched her paws and wiggled her ears as she contently suckled down the formula. 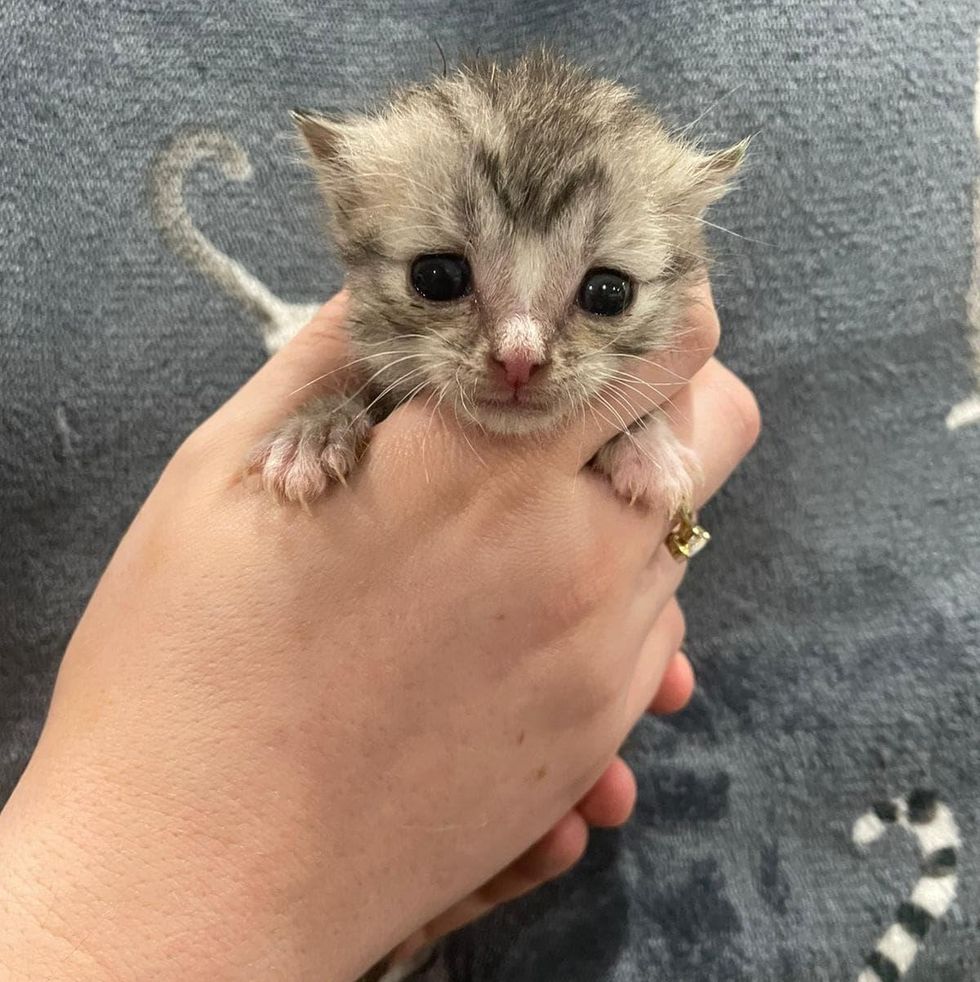 She bounced back and started eating like a champBest Friends Felines

“She was back on track and was drinking (formula) wonderfully. Since Dixie decided to cooperate with her feeding, she was steadily gaining weight,” Best Friends Felines shared.

At four weeks old, Dixie was almost 300 grams, still a bit behind in development, but she continued growing and making gains each day. With her newfound energy, she started moving and exploring around her nursery with so much curiosity. 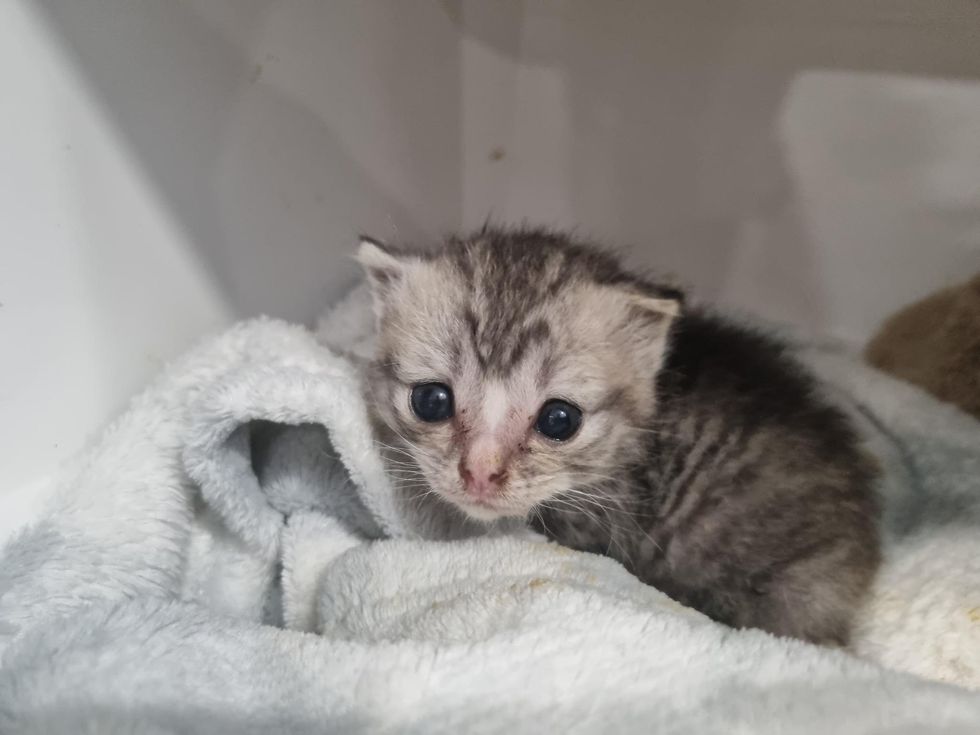 As soon as she felt healthy, she was on the move and wanting to know the world around her. “Dixie is proving to be an adventurous little lady and is just full of personality.”

It only took another week for Dixie to catch up in size for her age and enter the rambunctious kitten phase. She began to spend a copious amount of time playing and bouncing around the room as if she were part bunny. 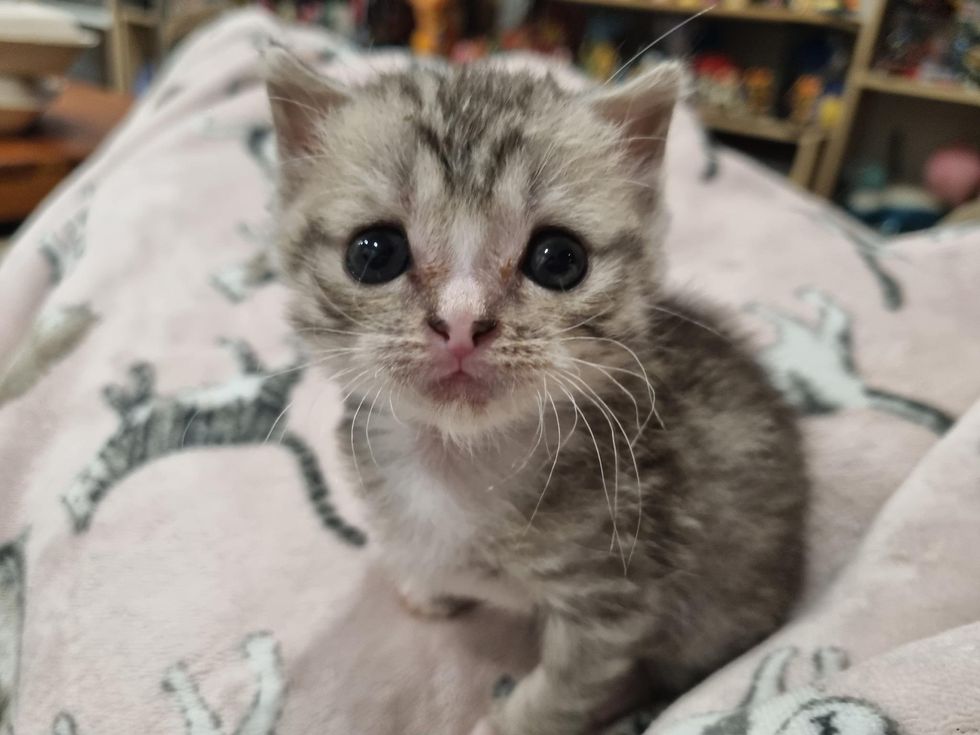 “Dixie is coming along in leaps and bounds from the teeny tiny neonate that joined Best Friends Felines,” the rescue added.

“She has become super playful and interacting with toys, chasing them all over the house. She has started to groom herself which is always a cute stage.” 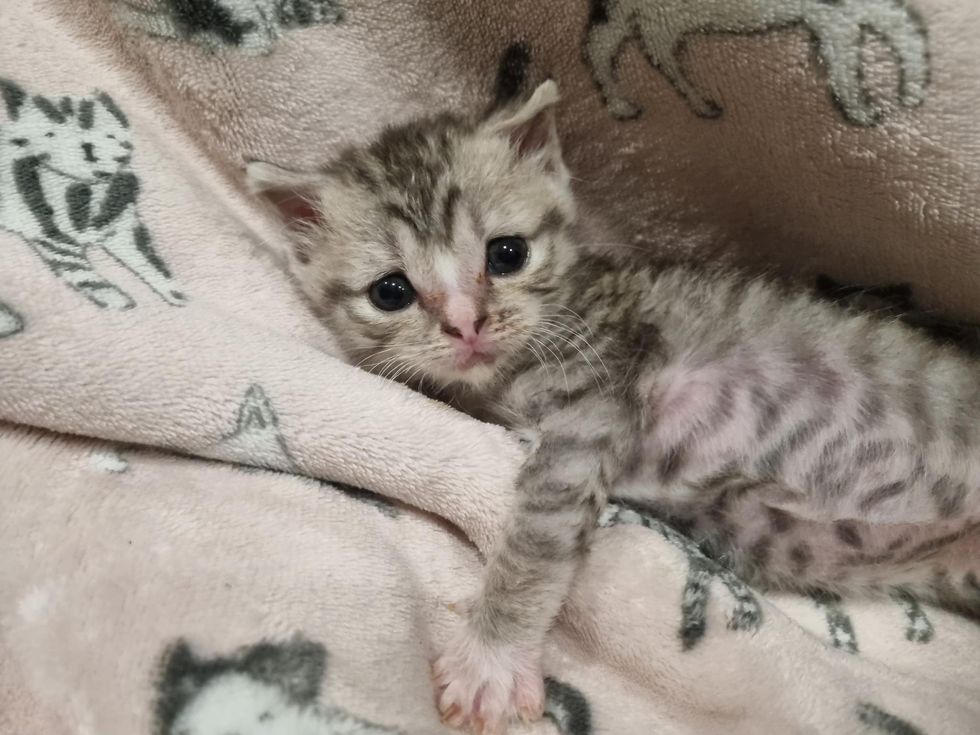 She discovered her penchant for hugsBest Friends Felines

As her temperament developed, Dixie discovered her penchant for hugs. “Like most hand-raised babies, Dixie is very affectionate and loves hanging out in your arms.”

She will go around the house giving people snuggles or climb up their legs and into their arms, to get up close and personal. 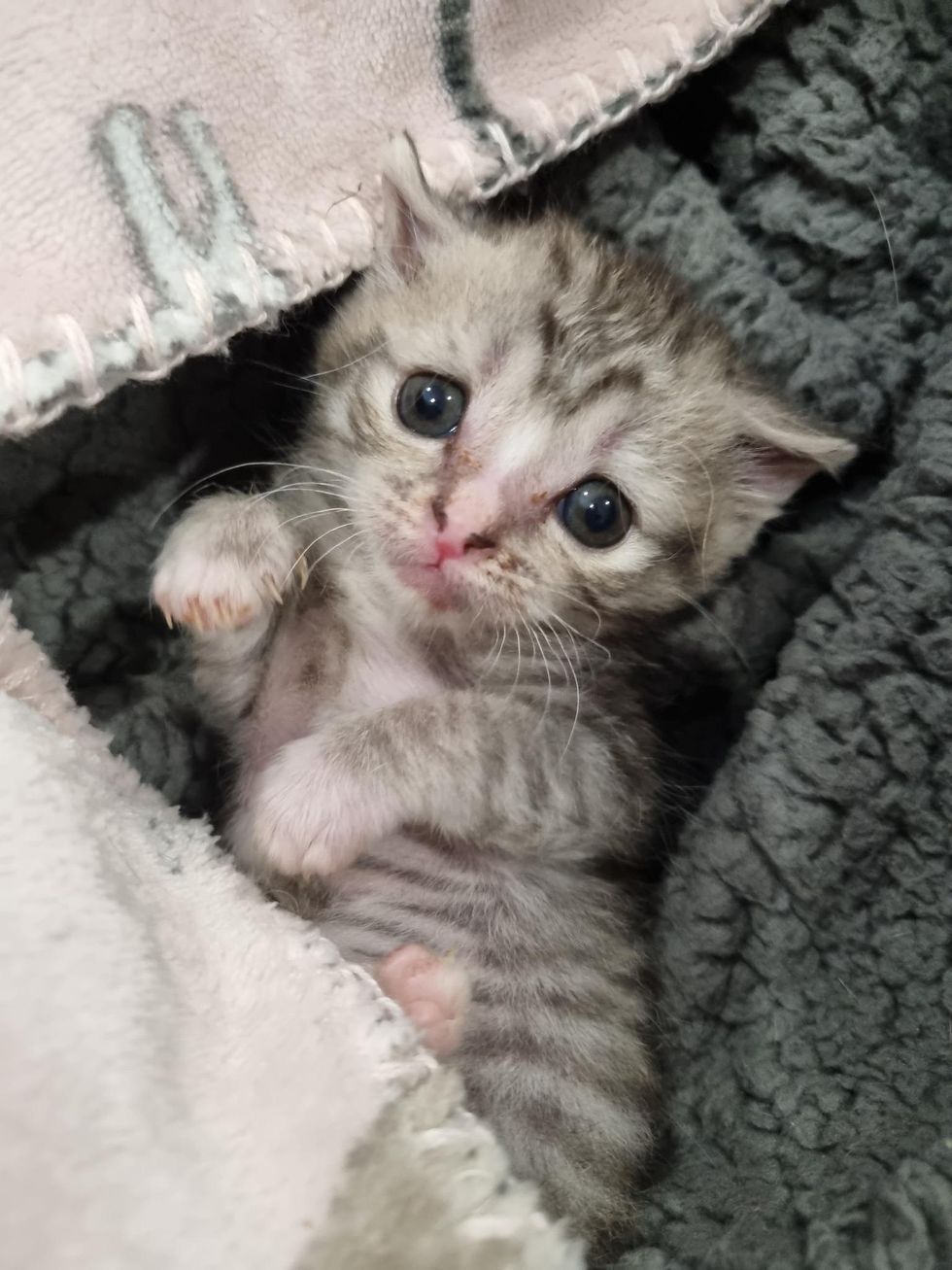 Dixie has finally surpassed the one-pound mark and is getting ready to join other foster kittens, so she can have friends to play, tumble and cuddle with.

She was the sole survivor in her own litter, and is about to have new littermates to share her kitten-hood with. 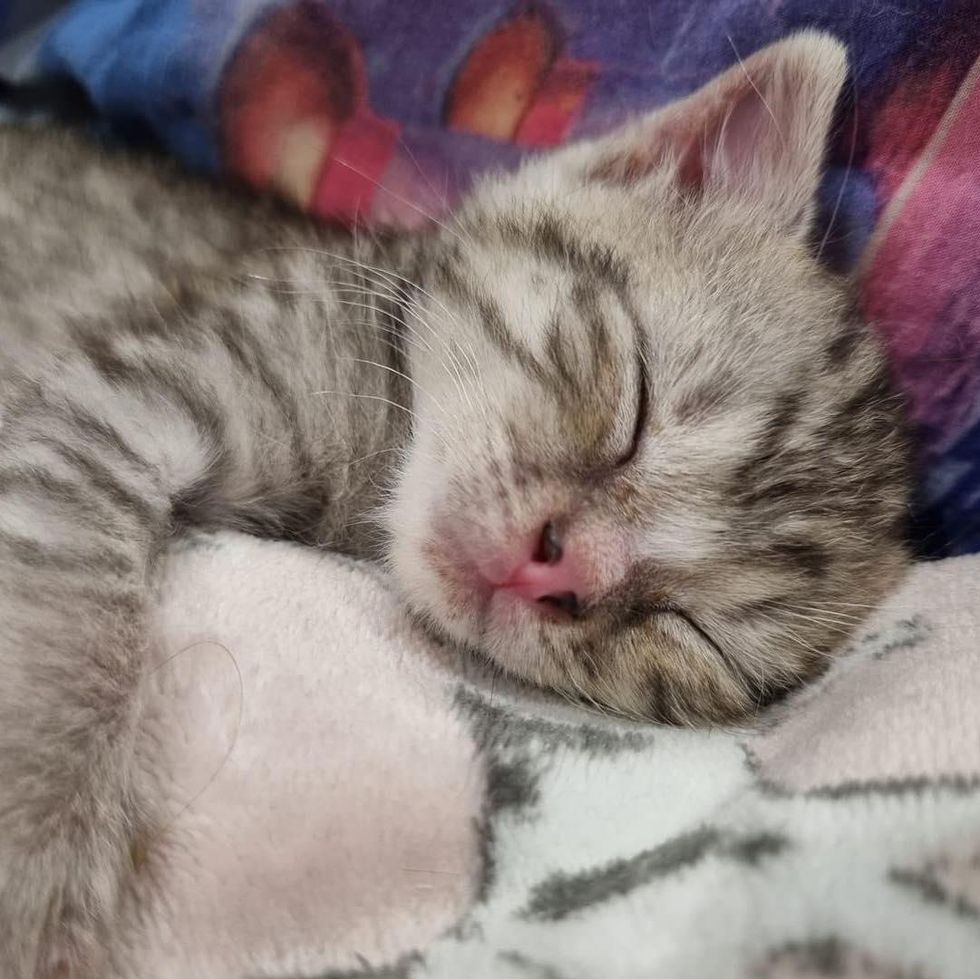 “Georgia hand-raised her and pulled her through all her health issues and ups and downs. Dixie is joining her litter of six this week, so she will have siblings her own age.” 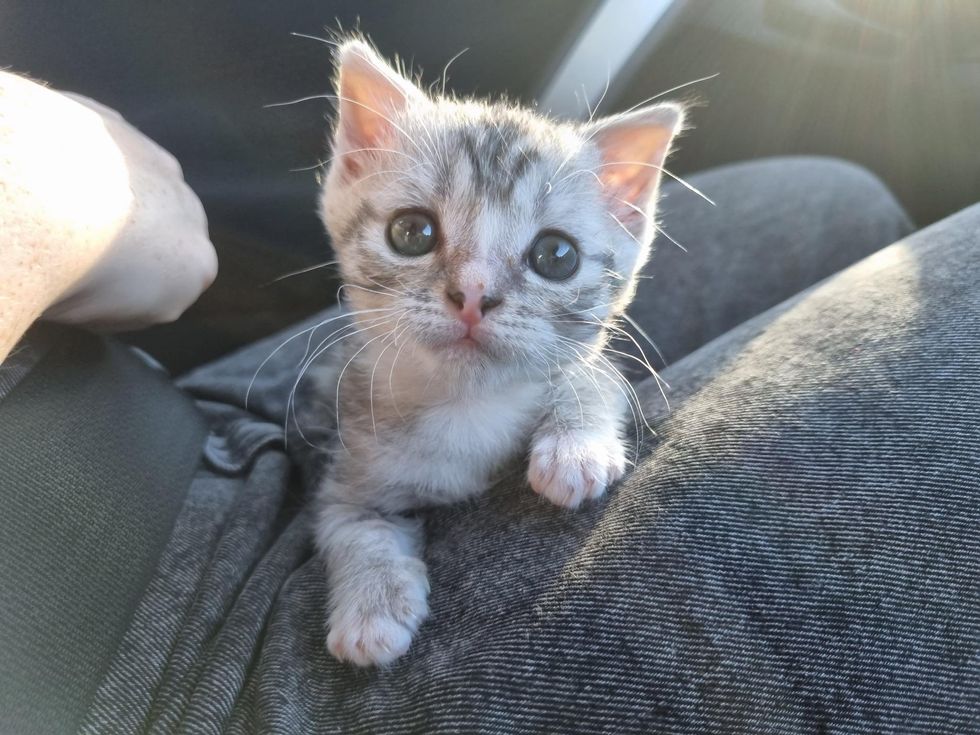 As for now, Dixie is busy soaking up all the love and attention from her foster mom. She makes an adorable parrot kitty perching on her shoulders while watching the day go by. 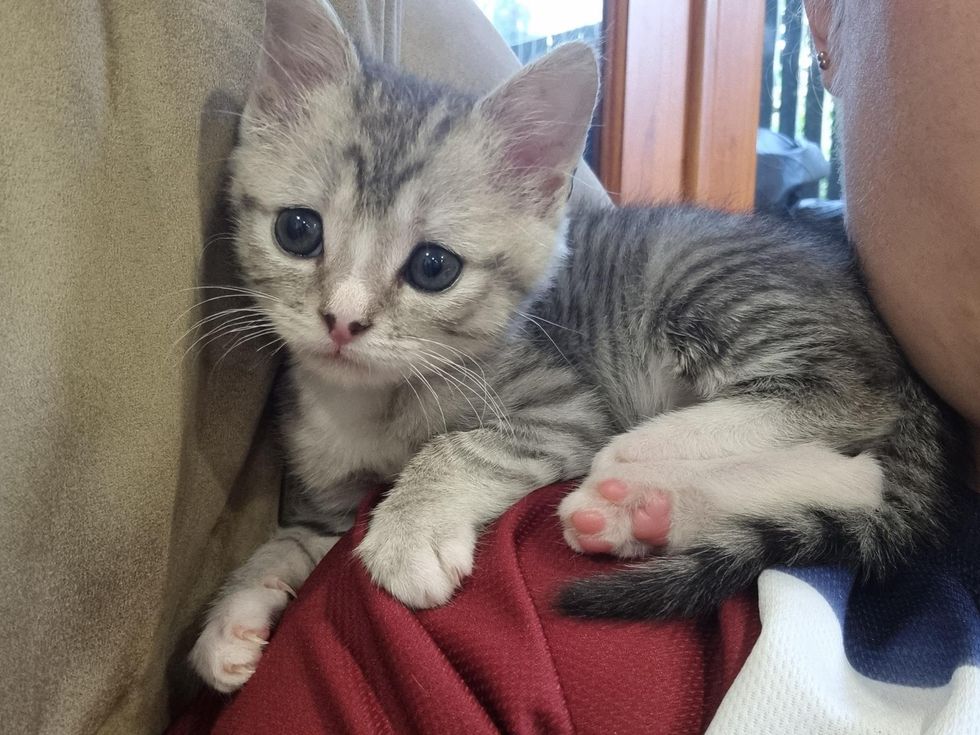 The little orphan baby has blossomed into a healthy, happy young cat with big doe eyes and so much to give. 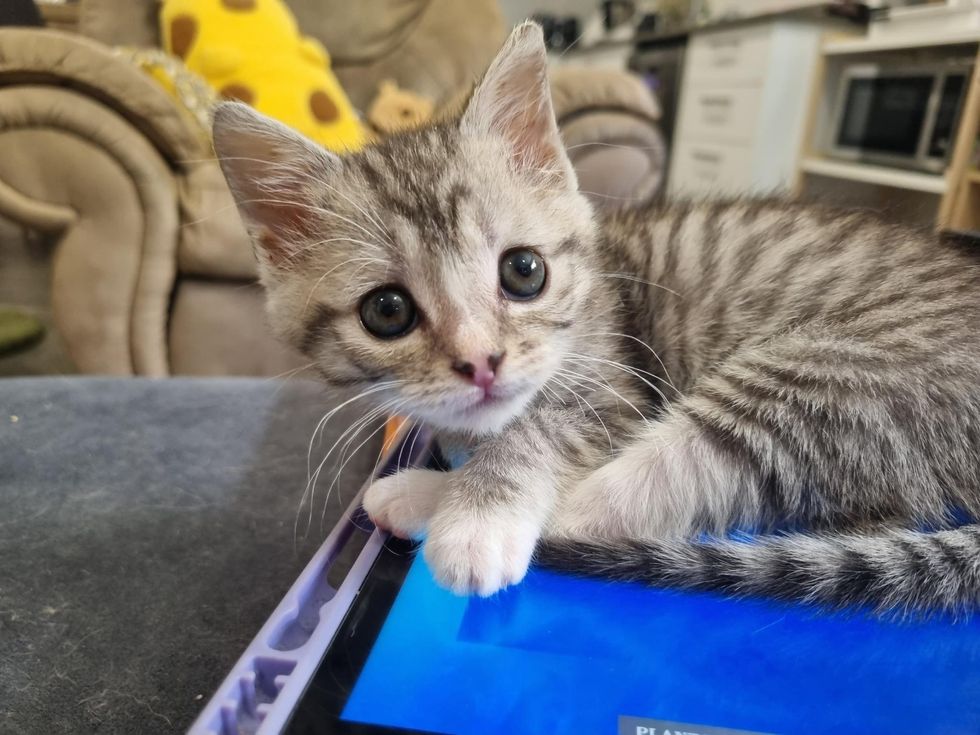