We all know the male lion, with its majestic mane and terrifying roar as the king of the jungle.

But maybe these pictures will show us who’s really in charge.

As you can see below, the male lion is receiving an earful from his counterpart lioness after a playfight with their children went a little too far for her liking. 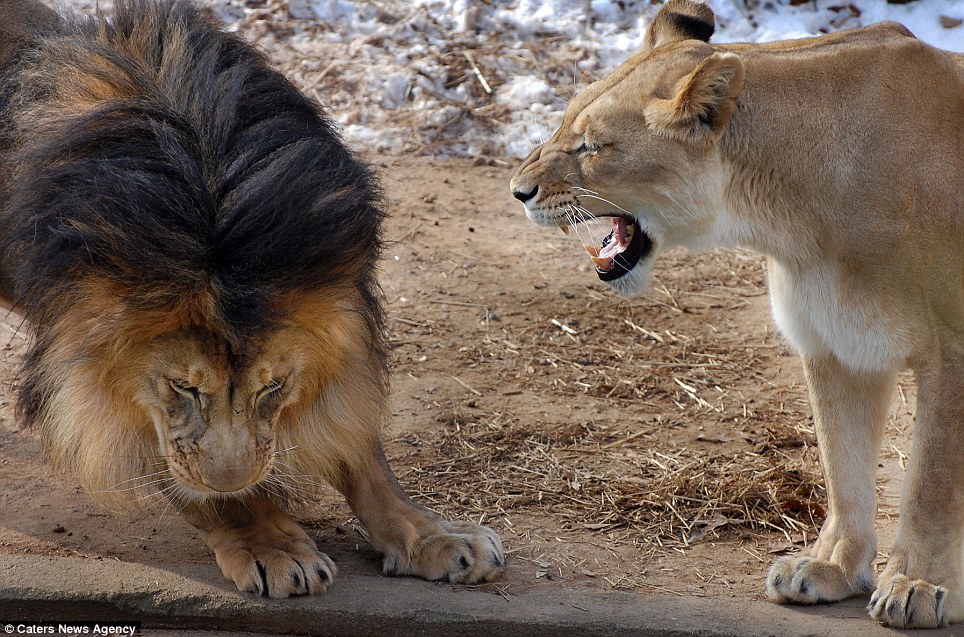 He pinned his daughter, Lusaka to the ground, in a show of anger and asserting who’s boss after the playful cub wouldn’t stop nipping at his tail.

The father, called Luke, had pinned his daughter Lusaka to the ground in mock anger after the playful cub had repeatedly nipped his tail.

So the female lioness, AKA the queen of the jungle, didn’t hesitate to let the male know exactly how she felt. 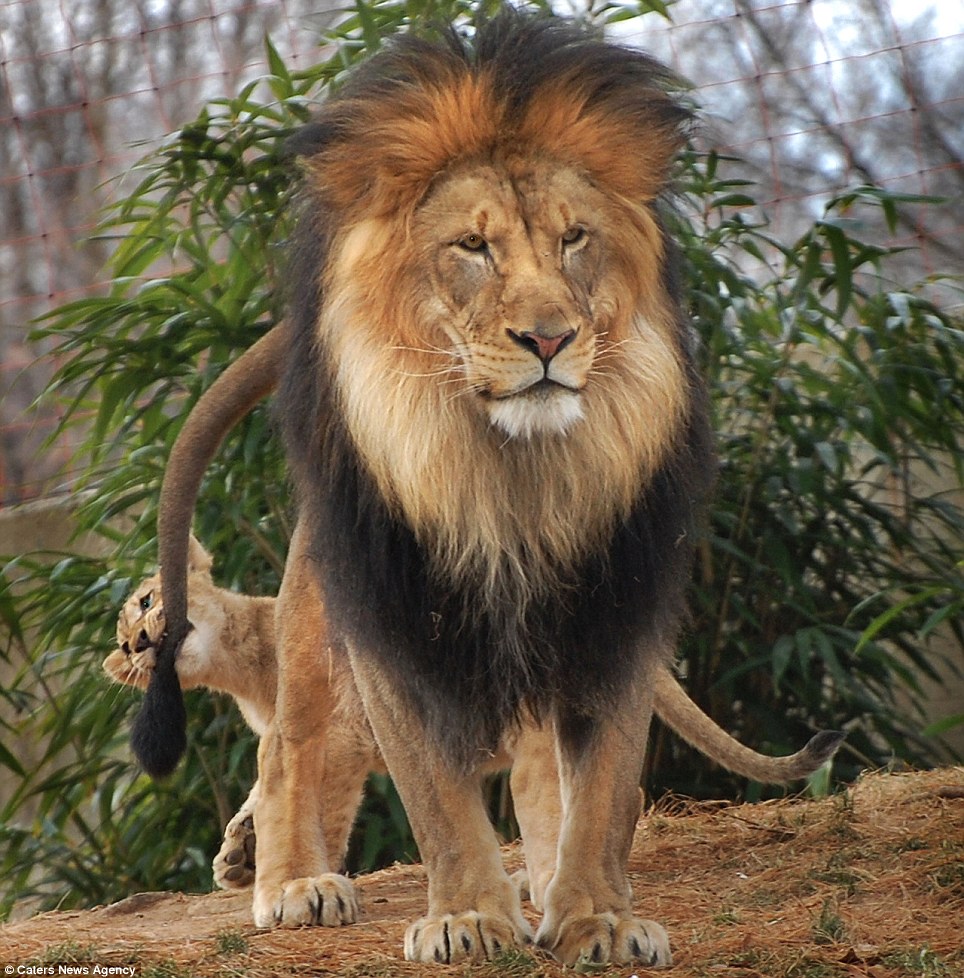 The playful cub wouldn’t stop nipping at her dads tail, here he pretends not to notice.

But it clearly became a little too much for the father who eventually decided to join in the playfight and show his daughter who’s boss.

But the fun came to a stop when the protective mother arrived and began to scold the male while baring her teeth. 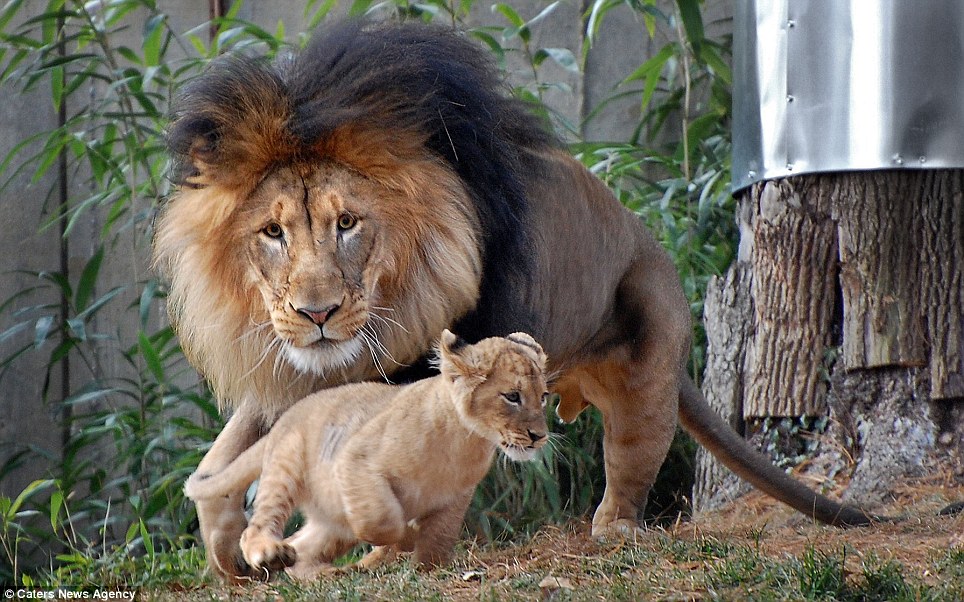 These stunning images were recorded by Jennifer Lockridge who is an amateur photographer and was in the right place at the right time. 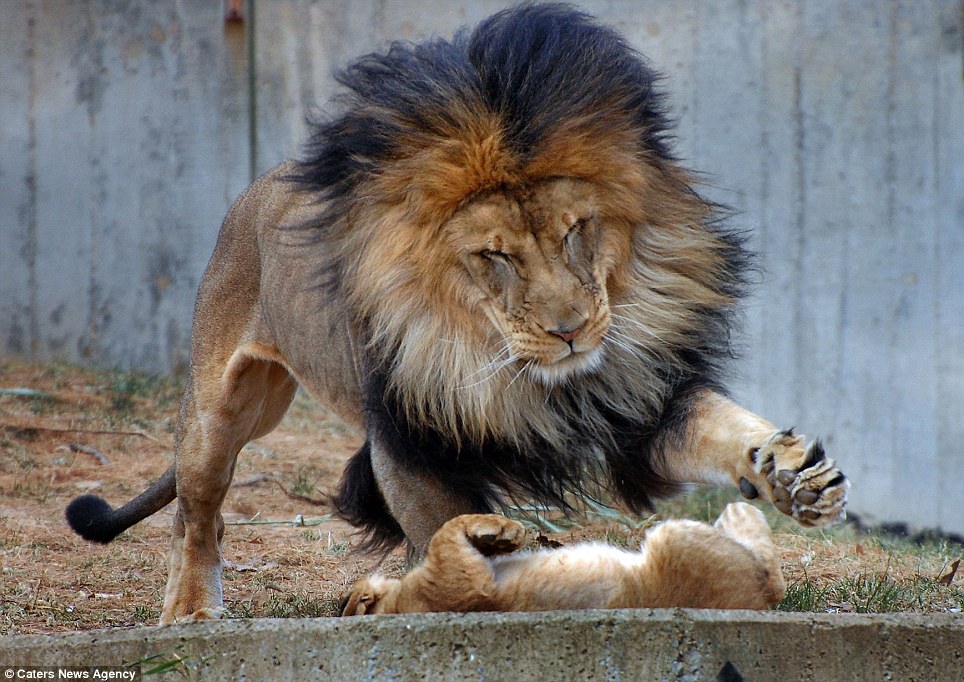 ‘The particular cub, Lusaka, is particularly feisty and is always one of the last ones to go inside when called. Lusaka is definitely a “daddy’s girl” and seems to be the most enamoured with her father,’ says the photographer.

‘As the cubs have gotten braver, they approach Luke easily wanting to engage him in play. 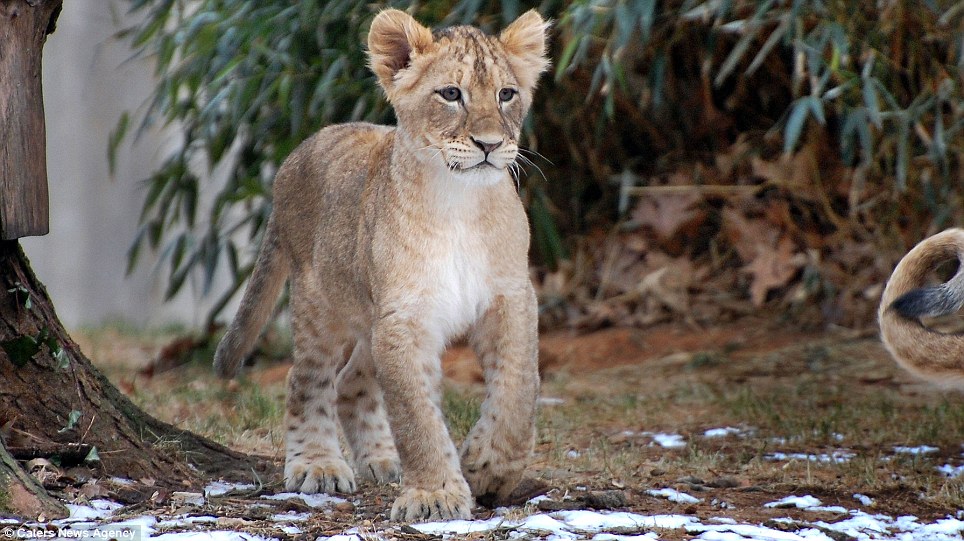 ‘I don’t believe he realised she was biting his tail and he didn’t seem to be very upset. Lusaka has a habit of biting the tails of her siblings as well as the adults.’